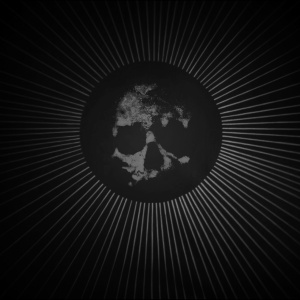 Italiano Metal Mag iyezine.com reviewed the Kafirun Glorification Of Holy Death release and gave it a solid 7.4/10 rating. For the italians out there, read the full review right here: http://www.iyezine.com/kafirun-glorification-of-holy-death

After successfully unleashing the first and second installments of ‘The Ages’ to both sold out audiences and critical acclaim, Australian extreme metal quintet Hybrid Nightmares are gearing up for part 3 – ’The Third Age’ – to be released on the 20th of July 2015. ‘The Third Age’ continues to explore the downfall of man as the powers of good and evil struggle for control of a dying world. Fans can expect the music to grow even darker and heavier to reflect the dire narrative of ’The Third Age’.

All the hallmarks of a great Extreme Metal band are here: whirlwind rhythms, hypnotic arrangements, churning black moods, triumphant melodies. A hybrid of the best elements of Extreme Metal. Austrailia’s Hybrid Nightmares are a band that refuse to restrict themselves to any one style of Metal and are able to capture a sound that transcends genre and reflects a diverse spectrum of influences and inspirations. Always eager to defy expectations, offend and entertain.

Poenari – Wrath, War, Lucifer is out tomorrow July 13, and their Record Label EEE Recordings has made the release available on their bandcamp site!
Listen to and or purchase the album here: http://eeerecordings.bandcamp.com/album/wrath-war-lucifer

Pure evil with an oppressive and obscure spirit drenched in suicidal invocations. Is how one would describe POENARI‘s Wrath, War, Lucifer release. With the album again rising from the darkness via US Label EEE Recordings on July 13th, after first being released on cassette back in 2013. Poland’s POENARI and Wrath, War, Lucifer offer nothing here for rebellion filled “Black Metal youth” this is not mall Metal or faux evil trend Metal to piss your mommy off with. This a tight fist wrapped around black hearts and longing spirits. Fantastic underground, Black/Death Metal with just the right mixture of eeriness, disdain, malevolence and melody. Features a guest vocal spot from Beldaroh of Polish Black Metal Vets Besatt. 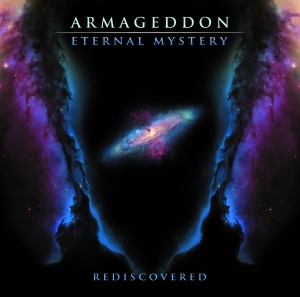 “Eternal Mystery – Rediscovered” is truly a “Heavy Metal Symphony” featuring Opera singers from the Serbian National Theatre of Novi Sad and a full string quartet that guide the listener through a musical journey, about the Secret of Life and Death. A highlight of the album is the live bonus track “Mordor” with which displays the full power of this now 11 musician outfit called ARMAGEDDON.
Now, after so many years this piece of Heavy Metal history will be released July 10th through Grom Records.

Scottish slamming quintet PARTY CANNON are back with their debut album “Bong Hit Hospitalisation” which streets July 7 through Gore House Productions. Following the same footsteps as their well-received E.P. “Partied in Half”, these party-slammers bestow the next level of extreme comedic brutality; “widdly riffs, mega slams, terrible samples and biscuit tin snare”. So get ready to open up a beer, smoke a bowl, and party your brains out to “Bong Hit Hospitalisation”

Haunting, swirling, minimalist and progressive at the same time, Richmond, VA’s BEARSTORM and their album Americanus retains the oft-mocked “grim and frostbitten” vibe while simultaneously expanding into infinite horizons. An hypnotic and harshly beautiful, tantalizing, mesmerizing progressive Black Death Metal swirl.
Their first release on Grimoire Records, BEARSTORM Americanus, spans 36 minutes and blends the “progressive inclinations of heavier post-rock with the acid spew of black metal.” – No Clean Singing
BEARSTORM formed in 2008 by metal heads with backgrounds in classical and jazz performance as well as country and old time music. The goal has always been to push outwards on the normal limits of writing, performing, and storytelling. 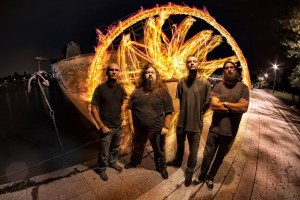 Symphonic Black Metal fiends CARNIVAL OF FLESH and Metal Mag HEADBANG OR GTFO have teamed up to reveal the full stream of their new offering “Stories Of A Fallen World” here: http://headbangorgtfo.com/exclusive-stream-carnival-of-flesh-stories-from-a-fallen-world/

Finally made available in physical format as a 6-panel digipak with a 12-page booklet, including 6 professionally printed tarot cards and available here: https://carnivalofflesh.bandcamp.com/releases

CARNIVAL OF FLESH “Stories From A Fallen World” offers listener so many opportunities to revel in its sonic bombast, its violent tendencies, and its amazing compositions. Regardless of whether you are a fan of the symphonic strain of Black Metal or one who merely appreciates extreme metal with arrangements that are both bellicose and intelligent. Presenting a sound that escapes the traditional Black Metal boundaries. A sound that has been commonly described as a refreshing mix of heavier guitars and mind-blowing symphonies.